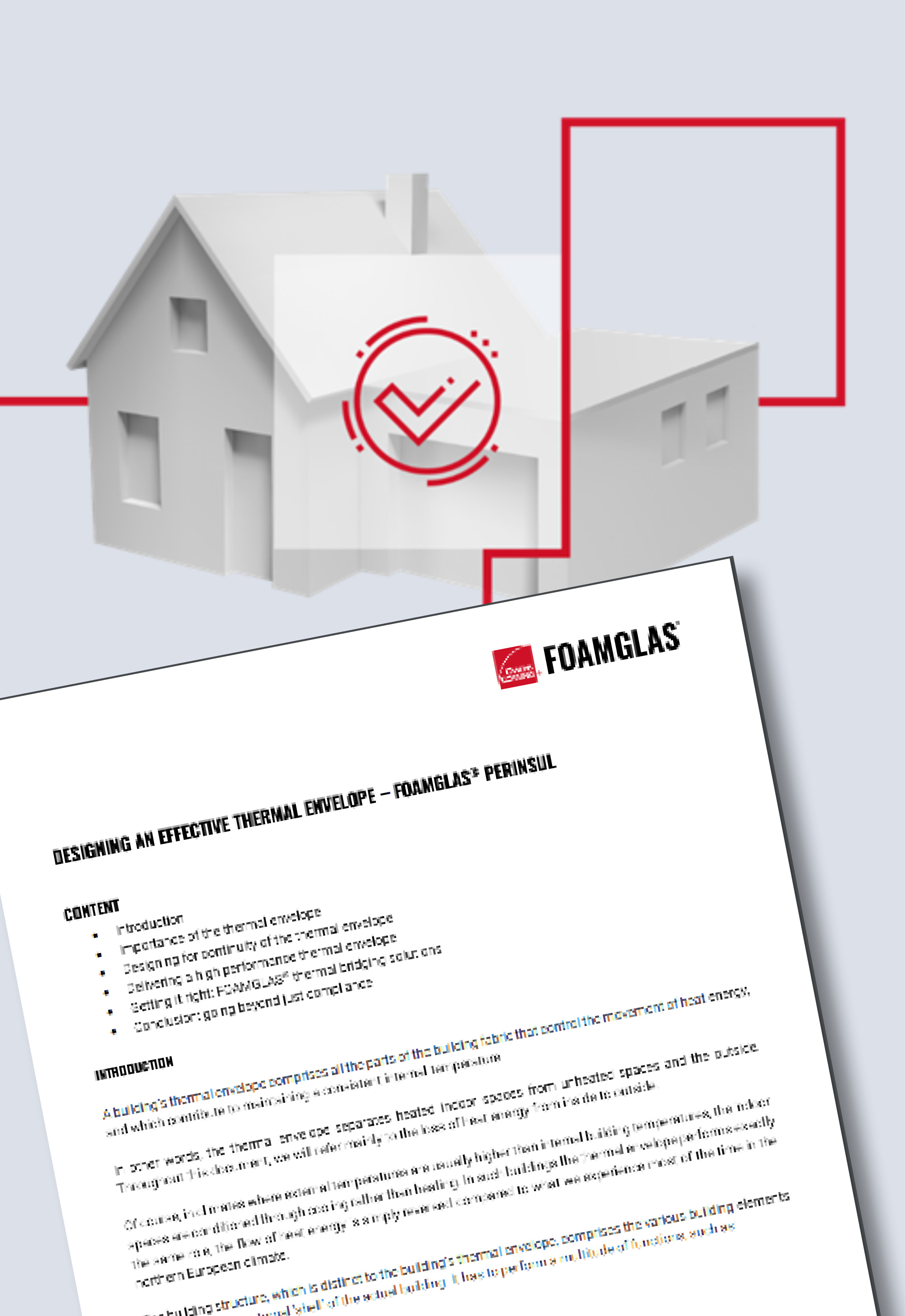 A building’s thermal envelope comprises all the parts of the building fabric that control the movement of heat energy, and which contribute to maintaining a consistent internal temperature. In other words, the thermal envelope separates heated indoor spaces from unheated spaces and the outside. Throughout this document, we will refer mainly to the loss of heat energy from inside to outside.

Of course, in climates where external temperatures are usually higher than internal building temperatures, the indoor spaces are conditioned through cooling rather than heating. In such buildings the thermal envelope performs exactly the same role; the flow of heat energy is simply reversed compared to what we experience most of the time in the northern European climate.

The building structure, which is distinct to the building’s thermal envelope, comprises the various building elements that make up the external ‘shell’ of the actual building.

It has to perform a multitude of functions, such as:

• Structural stability.
• Protection from the elements
• Thermal and acoustic comfort, and an appropriate supply of fresh air
• Privacy and security
• Safety (such as in the event of flooding or fire spreading)
• Natural light, and views in/out of the building
• Access between the inside and outside, including fire escape routes.

As the list shows, part of the building envelope’s design can be its contribution to the thermal envelope.

In a pitched roof, for example, the sloping rafters together with tiles, battens and underlay provide structural stability, protection from the elements, and privacy, security and safety.